After the smoke cleared, the servers rebooted, and the products shipped, Amazon Prime users—now two-thirds of all U.S. households—helped generate the biggest shopping event in Amazon history. Sales on Amazon Prime Day this week even exceeded gift-giving ‘holidays’ Cyber Monday and Black Friday.

A corporation so massive that it was able to create its own branded shopping rush, Amazon blasted customers with an endless selection of limited time offers that were impossible to pass up. Over 100 million products were sold in all, but the real win was the fact that more shoppers signed up for an Amazon Prime account, a sure pathway to Amazon.com dependency, than any other day in history.

In a time when “America first” chants fill the Twitterverse and the everyday worker is reserved a spot in all political speeches, Amazon’s colossal shopping spree is proof that we’re still startlingly quick to chase a buck and may step over others to do it. 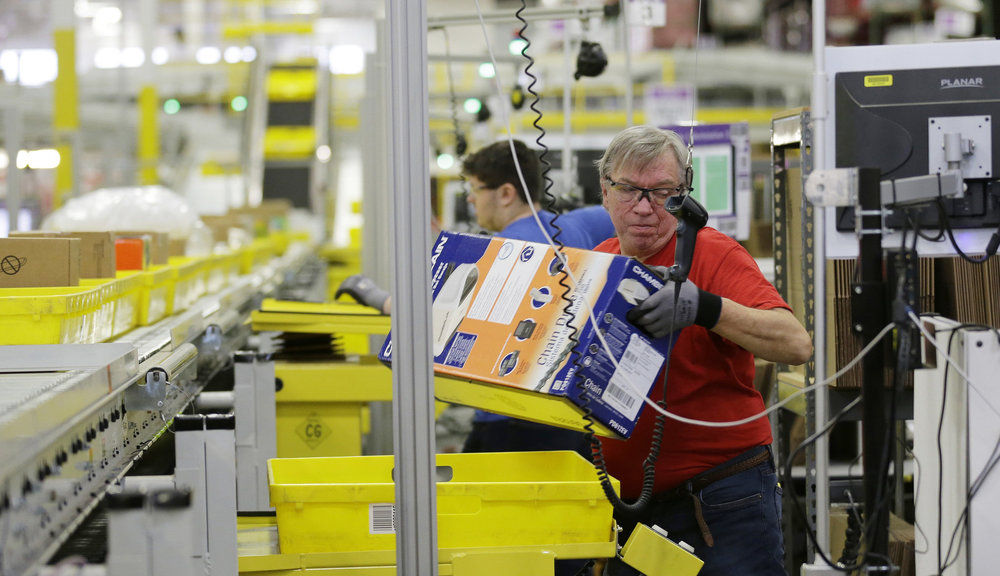 While Amazon enjoys the distinct advantage of size and uses this to buy in bulk and pressure partners to lower their costs, the real profit margins are shaved off Amazon’s own workforce. As the world’s largest internet company, and the most valuable retailer in the United States, Amazon.com combines two major components—technology and commerce.

To maintain its edge, Amazon employs the smartest, most talented minds in technology. While reportedly overworked, these developers remain tethered by ‘golden handcuffs’ with pay and benefits that dramatically exceed anything they could find elsewhere. The other side of operations, which employs over 500,000 warehouse workers, is different. The men and women who manage, package, and send the more than 5 billion Amazon shipments each year, are considered infinitely more expendable. 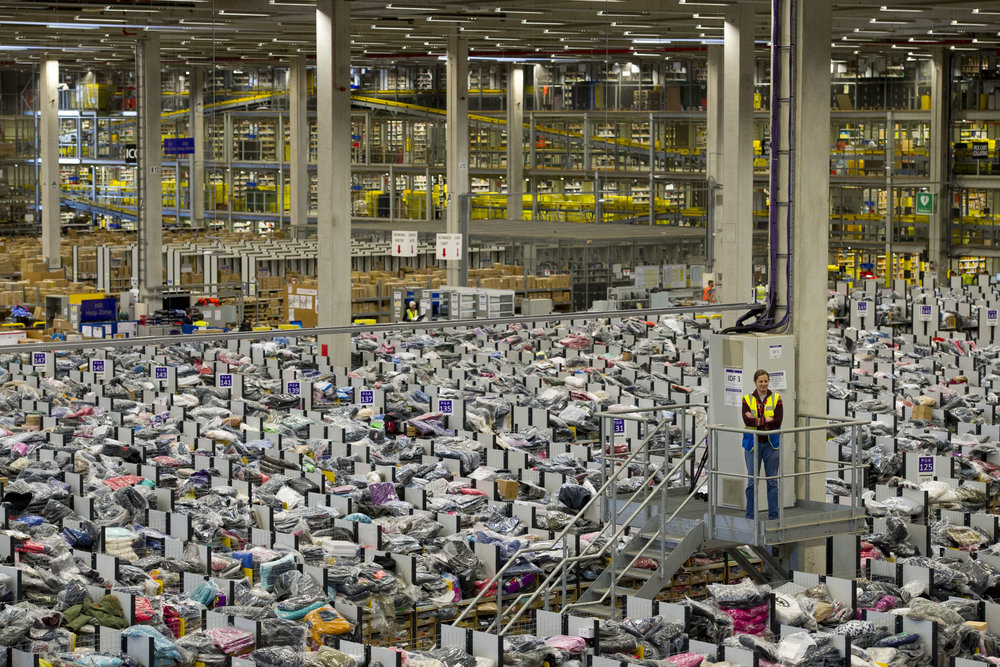 With over 100 fulfillment centers globally shipping as many as 1 million products each day, Amazon employs close to half a million workers. (Photo credit: Caters News Agency)

Yesterday’s slashed prices smothered coverage of Amazon employees striking or the voices of consumers boycotting Prime Day due to the well-reported and ongoing lack of decent working conditions. Claiming workplace injuries, unbearable temperatures, dehydration, abuse, and sub-minimum wage compensation, the warehouse employees of the richest human being on the planet have been squeezed for every cent.

The parent company of Whole Foods even has as many as one in three employees living on food stamps. Our tax dollars are literally subsidizing the employees of a man earning $52 million per day because they’re unable to eat without government assistance. And just last month, rather than leveraging its platform for good, the leader in online retail—a corporation that generates over $20 million in revenue every hour—played a key role in squashing a tax in its hometown of Seattle that would have funded homeless shelters and affordable housing.

Price is a major factor when deciding what (and how much) to buy. This dilemma goes without saying, and is certainly felt by Amazon’s warehouse staff, which earns a median income of $530 per week. But it’s important to consider the hidden cost of savings.

Every dollar that we spend is a vote. It’s one of trillions of individual nudges that we as consumers can use to push business in the direction that we’d like to see. It is the most certain indicator of what shape the companies we buy from—and may be employed by—will take in the future, and the type of world we’re helping those companies to create. Because in the end, all of the ballots, marches, petitions, and donations do not stand up to the hundreds of trillions of spending dollars that are working against us.

The product is just one part of the sale. In reality, we’re buying much more. And by only considering the ‘thing’ we’re paying for, we’re focusing on the ‘I voted’ sticker above the candidates that we’re electing.

Our dollars are truly the world’s greatest force for change. And while Amazon’s global marketing stunt reached new heights this year, so too has a grassroots, people-driven movement to use our purchasing power to change the world. More and more consumers are adopting a core, guiding belief in supporting companies that genuinely care about their customers, workers, and the world around them. This movement is driven by people rather than profit. It’s concentrated on values over perceived value.

And while less visible in the media, this movement is changing lives with every purchase. 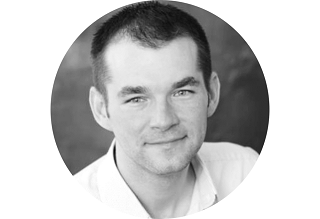 Reformed Hollywood agent turned digital strategist who went on to nurse his karma in the world of philanthropy.