For years, our friends at personal care brand Hand in Hand have donated a bar of soap and one month of clean water to a child in Haiti for every item purchased. Recently, to celebrate their 1 millionth bar of donated soap, the team visited Haiti to share a special lunch with 2,000 kids.

This is the third post in their Haiti Blog Tour—make sure to check out their posts from Day 1, Day 2, and Day 4.

Our third day in Haiti was incredibly special.

Today we were heading to Carrefour, which is about an hour West of Port-au-Prince, for a big celebration! In 2017, we reached a major milestone as a company with our one millionth bar soap donation. Wanting to mark this momentous occasion, we decided to celebrate with the people we love the most: the kids we work with in Haiti! We made PB&J sandwiches at New Life Orphanage and then loaded up in the van to make the trek to Carrefour, where we would be hosting 2,000 children for a special lunch and soap donation day!

In Carrefour, we were hosting our party at Grace International Orphanage, who we started working with two years ago. They have a large and beautiful campus, with plenty of space to host 2,000 kids and plenty of room to play! When we arrived, kids were already starting to trickle in and you could feel the excitement building in the air. 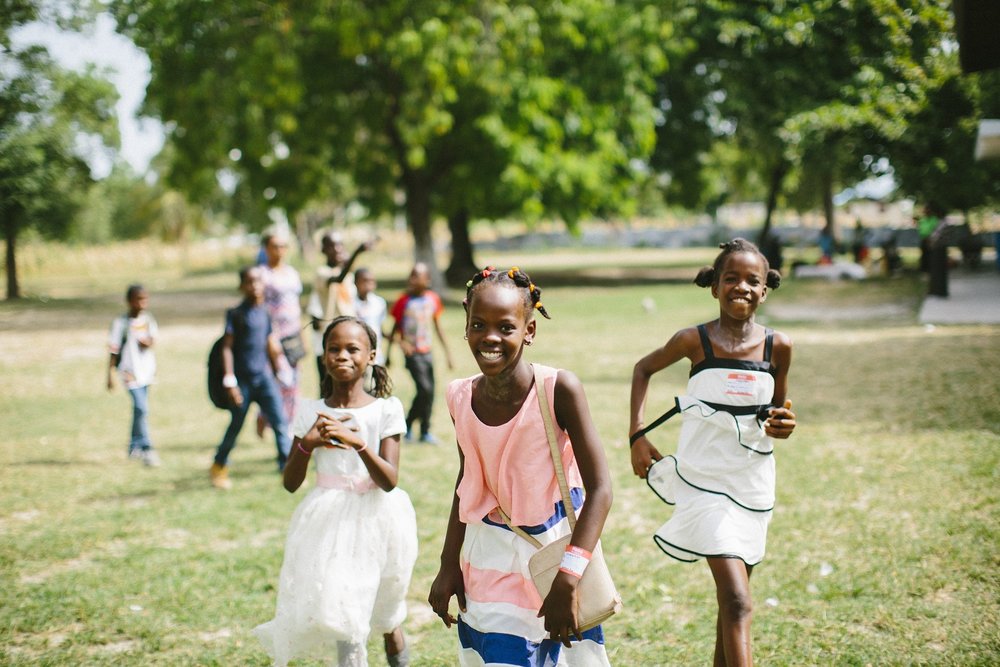 We hosted the party in the campus’s church, the only building large enough to fit everyone! The best part about the location was the stage was set up with a microphone and children took turns leading the crowd in songs, chants and cheers. Our favorite was one little lady, who basically screamed into the microphone, but did it with such style and confidence, it made everyone smile. 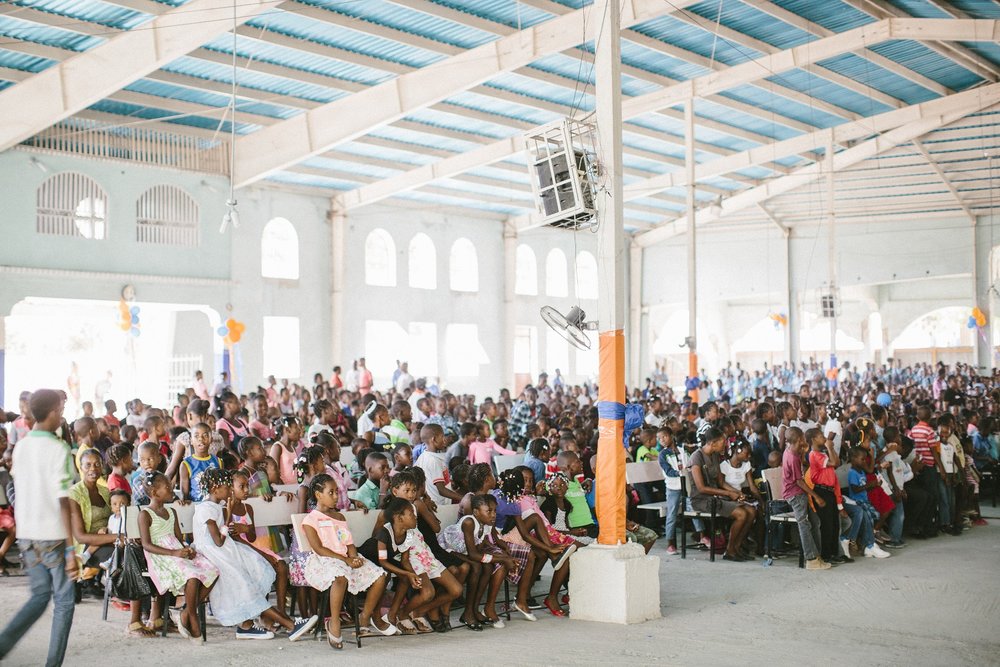 As more kids arrived, we took the time to meet with many of them, thanking them for being there and getting to know each other a little bit better. Many of the older kids were thrilled to have people to practice their English with, and we were equally as excited to get some one on one Creole lessons! One of the best ways to connect with the kids is through images. They love to have their picture taken and then seeing themselves. We even brought a polaroid camera to snap images that the kids could then keep! It was heartwarming to see them treasure something as simple as a photo. 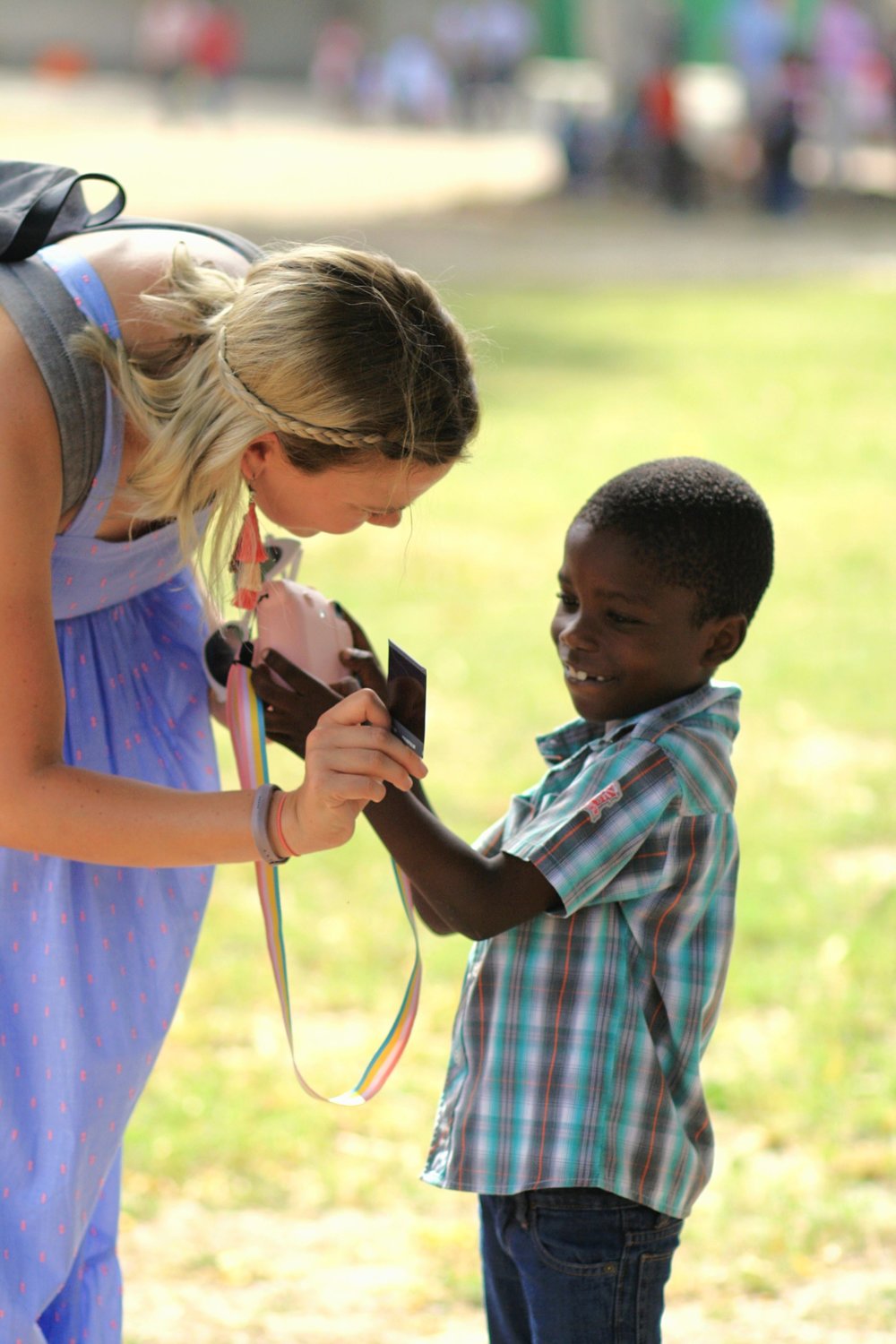 Zofia shows a young boy a picture of himself. (Photo credit: Lorelle Shea)

Once most of the children arrived, Hand in Hand co-founders, Courtney and Bill, went to the stage to introduce themselves and tell the kids more about Hand in Hand, our celebration day and the importance of hand washing. Joining them on the stage was William Lowry, our partner from My Neighbor’s Children, who makes sure our donations are being consistantly made in Haiti. They were also joined by Carmel, who is from Haiti originally and works closely with William back in Orlando, Florida, where they are based. 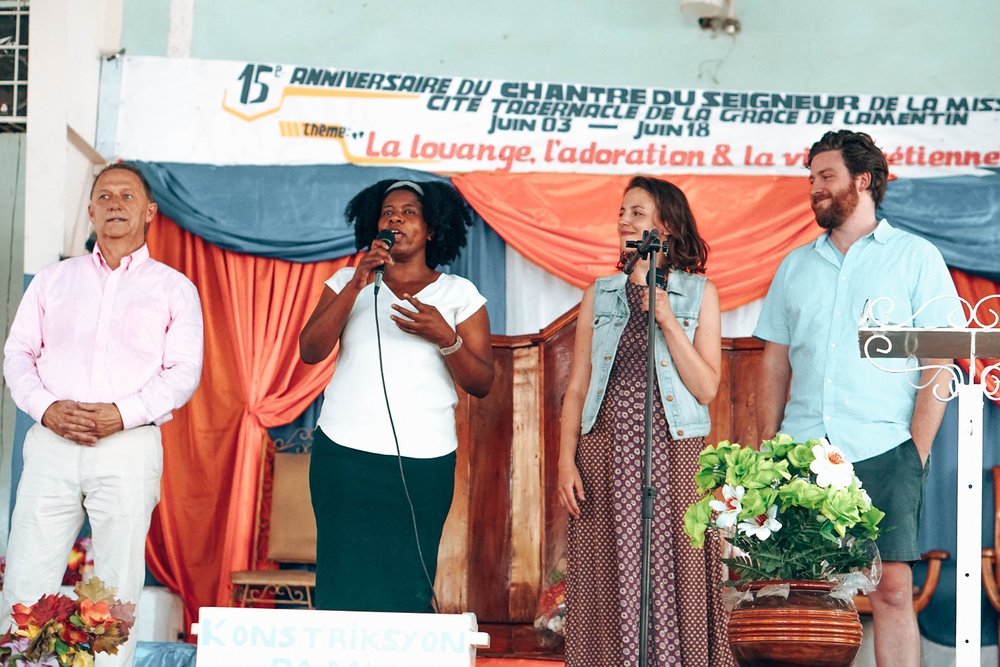 Courtney spoke to the crowd of kids, telling them about her and Bill’s first visit to Haiti in 2012. How they fell in love with the country and specifically, the kids. It was an emotional moment for all of us as our day to day work became real in front of our eyes. After Courtney addressed the crowd, Carmel led the kids in a chant of “One million bars for Haiti”. As their screams grew louder and louder, there were a few moist eyes among our group and goosebumps on all of our arms. It was a moment none of us will ever forget. 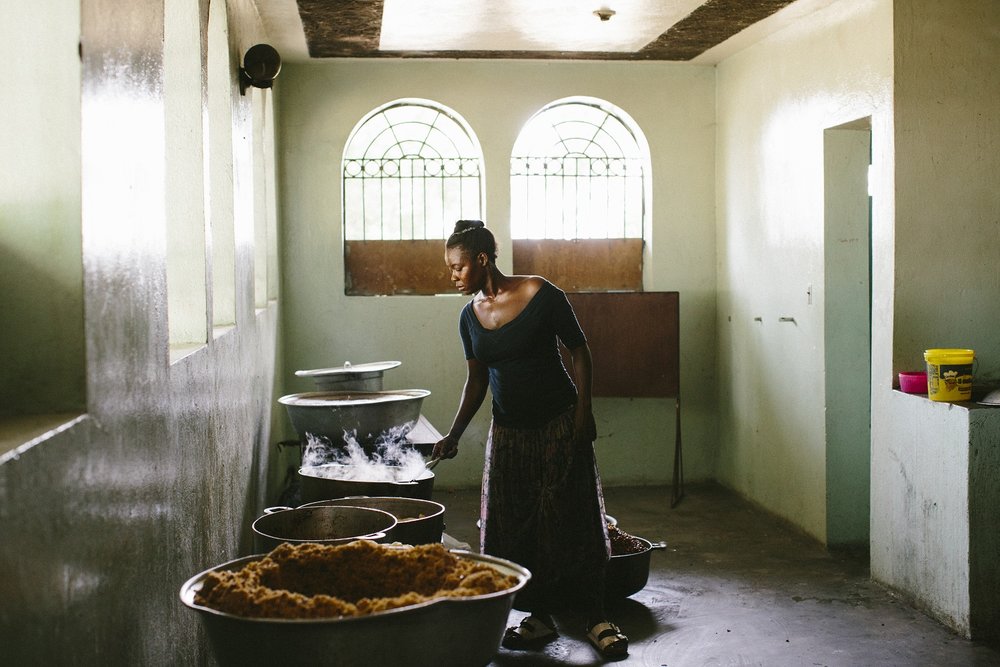 One of the dozen female cooks who made our lunch possible. (Photo credit: Courtney Apple)

Finally, it was time for lunch! Our team headed back to the kitchen area, where we met around 12 women who had been cooking for 24 hours straight to make sure we had enough food ready for lunch. Despite the long hours and the heat, they were in good spirits and we thanked them endlessly for all of their help. The smell of fried chicken, plantains, simmering sauce and rice and beans filled the air as we got to work plating 2,000 meals! Our friends at Cheeky generously donated the paper plates and napkins we used for our celebration lunch. For every package of plates purchased, Cheeky donates a meal to a kid in need. It was the perfect partnership for our celebration! 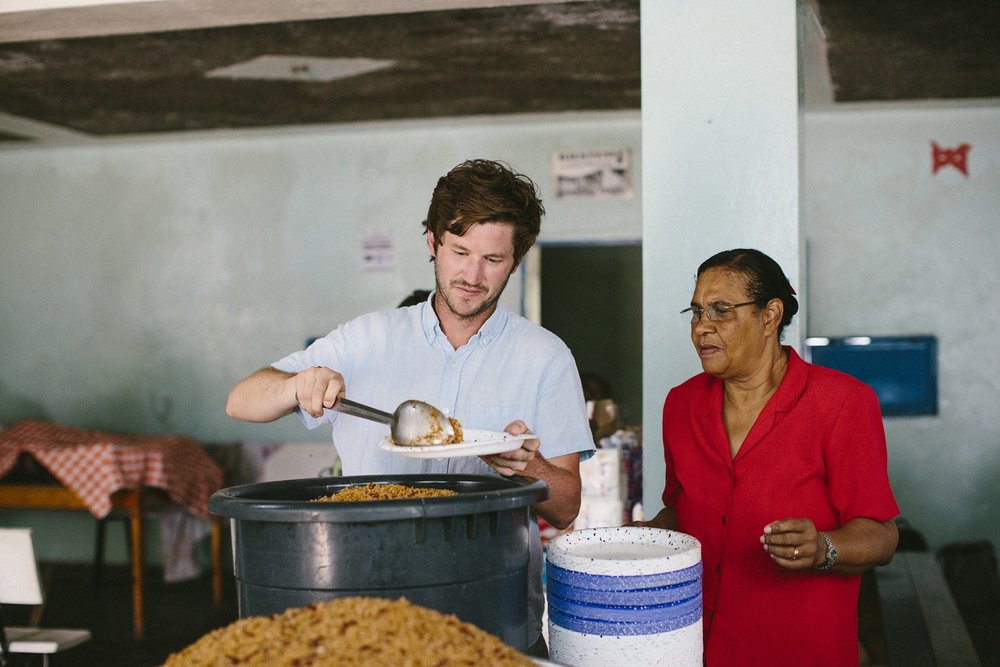 We started off with some order, with one to two of us each taking a station to head up. Kyle started the assembly line, loading up our Cheeky plates with 2 scoops of rice and beans. Mama June, who runs Grace International Orphanage, kept a close eye on the servings, making sure we gave enough or not too much of different items, so every child would receive the exact same lunch. After Kyle, Zofia worked the next station, adding chicken and a salad of potatoes, beets and carrots to each plate. Next came Bill and Holly, who added plantains, rolls and a special sauce to the rice and beans. Lastly, Courtney, Lorelle and Jen wrapped forks in napkins for the finishing touch. 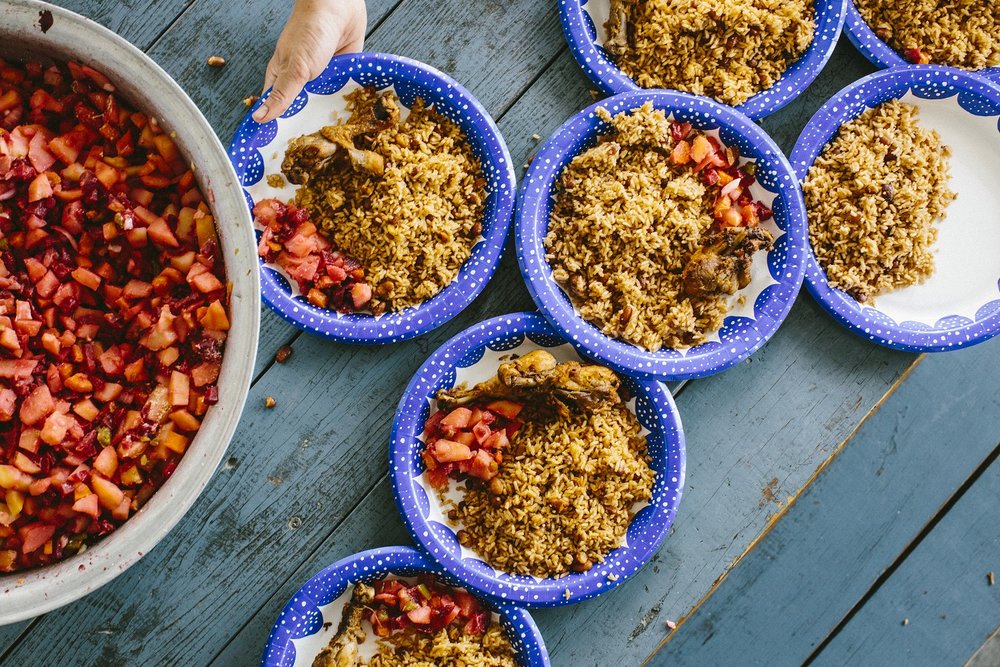 While we started off with some semblance of order, things quickly went to all hands on deck, help out where you can and move fast mode as the plates started to be carried back to the church to feed the kids. Man, were we moving and it was the absolute best time ever! Some of the older kids were responsible for carrying the food and they were pretty impressive. One guy would fill up a giant steel bowl with stacked plates and then lift the entire thing onto his head to carry out! And he barely broke a sweat while we were frantically wiping down our brows. 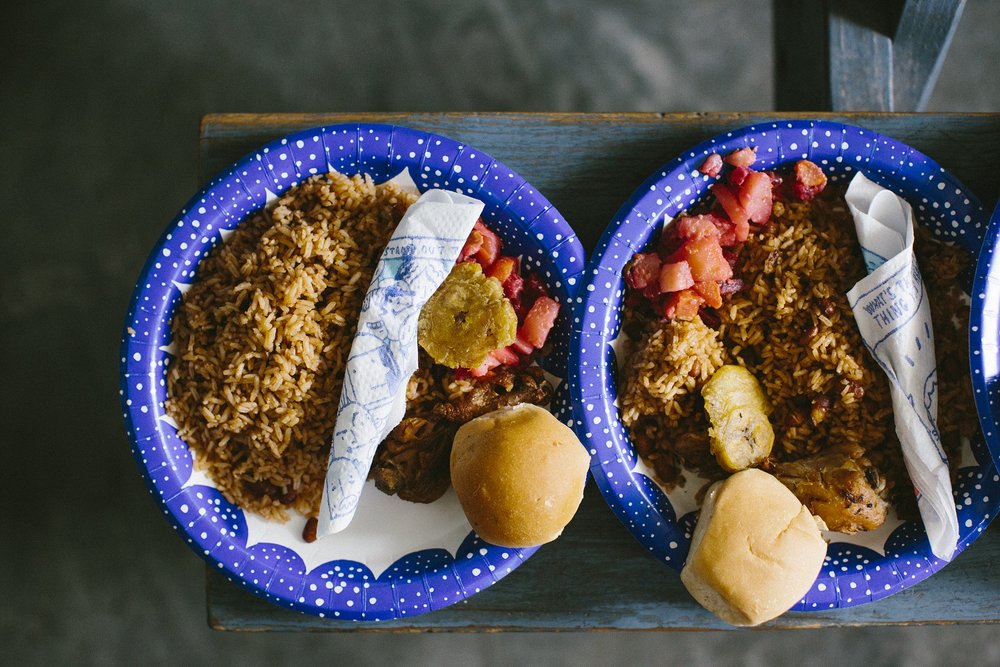 A complete Haitian lunch getting ready to be served. (Photo credit: Courtney Apple)

Once all of the plates had been made and the meals had been served, we went back out to the main area to mingle with the kids and see them enjoying their meals. The sound of laughter rang out in the building as kids who had finished their lunches joked around with each other. Other children sat quietly, giant spoonfuls of rice and beans being shoveled into their mouths. Courtney and Bill took time to sit with the kids and talk with them as they finished eating. We served so much food that some kids even had enough to take back home with them! 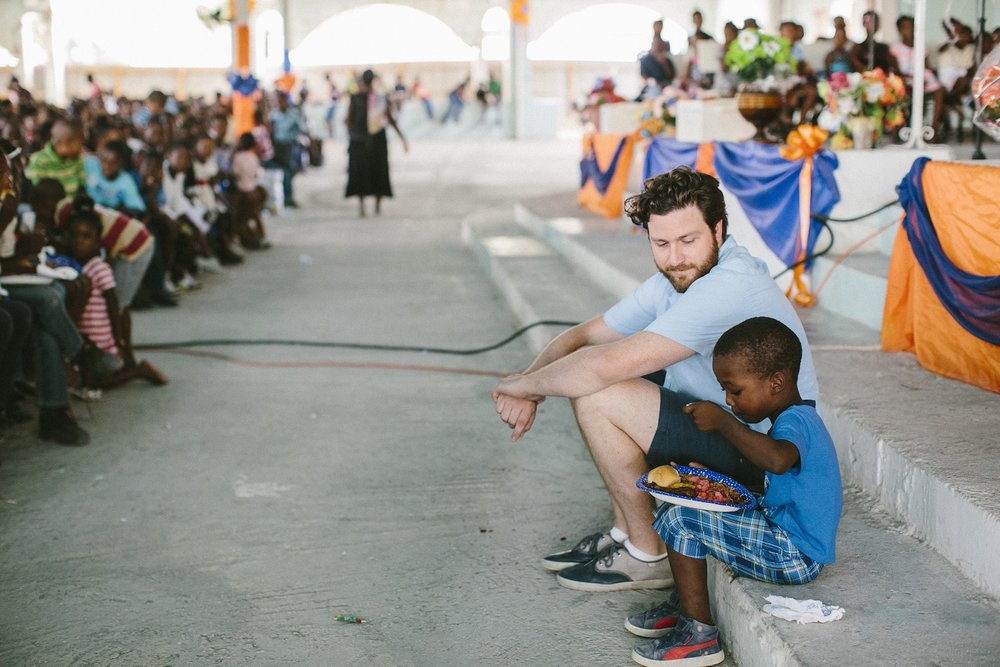 Finally, it was time to hand out soaps! We gathered the kids into small groups outside of the main room and passed out soaps as they headed home. Additionally, we had a special surprise for them! Our friends at Yoobi donated markers for each of the kids to take home, along with their soaps. Yoobi is another excellent one for one brand that donates school supplies to children for every item purchased. We know the kids were excited for this special, additional treat! 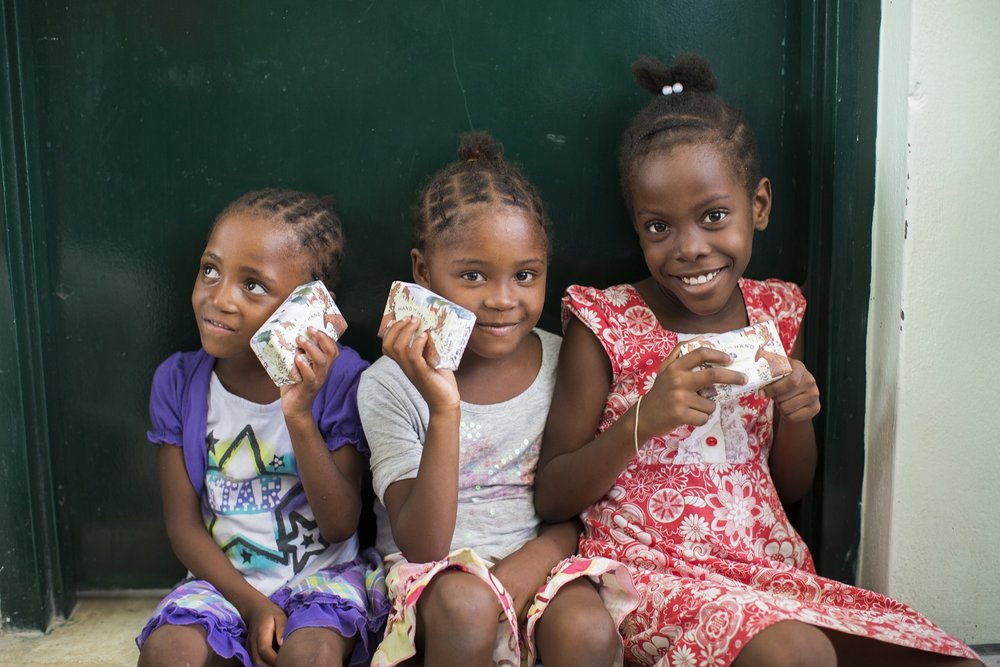 Lastly, we got to sit down with the women who cooked for us and enjoy the delicious meal ourselves! Hands down, it was the best rice and beans we’ve ever had! We chatted with the women, thanking them again for all of their hard work and passing out soaps to each of them as well. Finally, we went outside for a group photo before heading back to New Life, our hearts full from an amazing day. 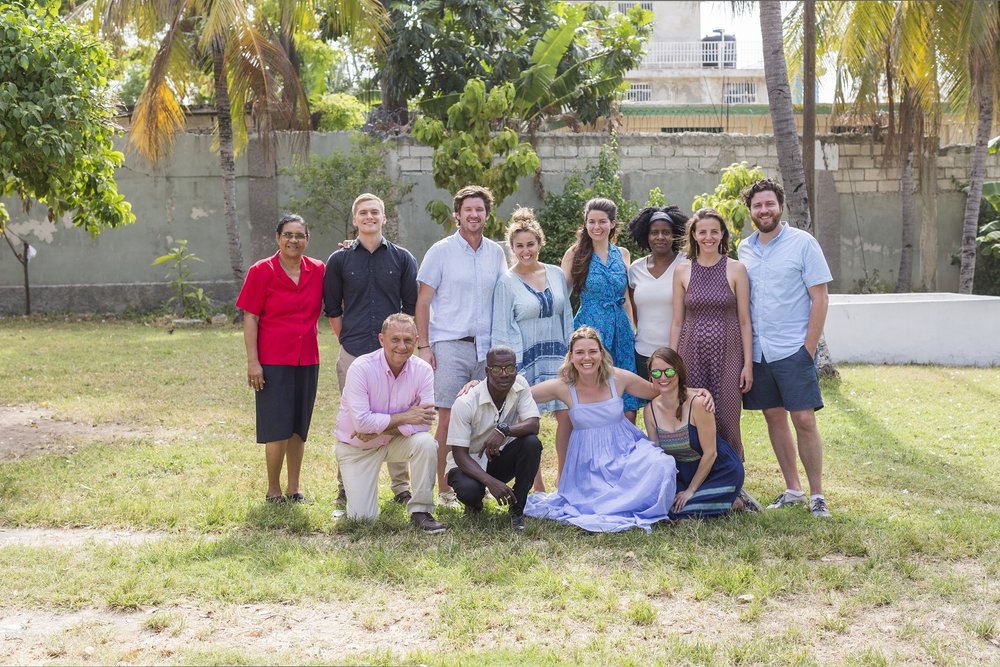 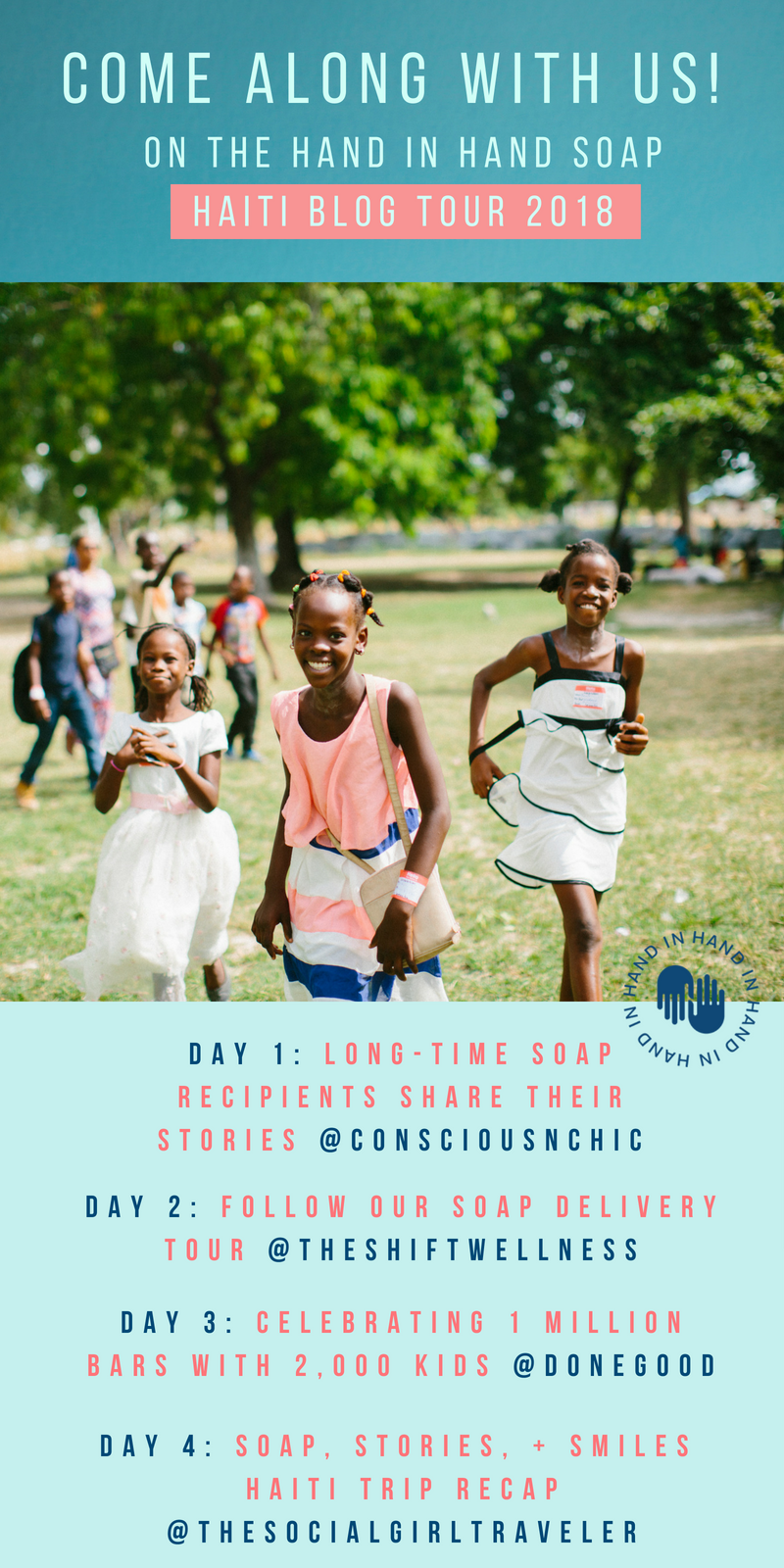 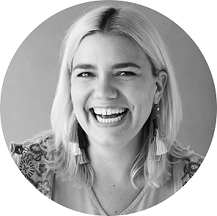 As COO, Zofia is responsible for keeping the business running as smoothly as possible and is the head of marketing and PR. After working part time with Hand in Hand, she was officially hired as the first employee in 2014! On her off time, you can find her hiking in the woods or biking around the city with her husband and dog, Winston.